This is Carl, named after Bill Murray’s character in Caddy Shack. 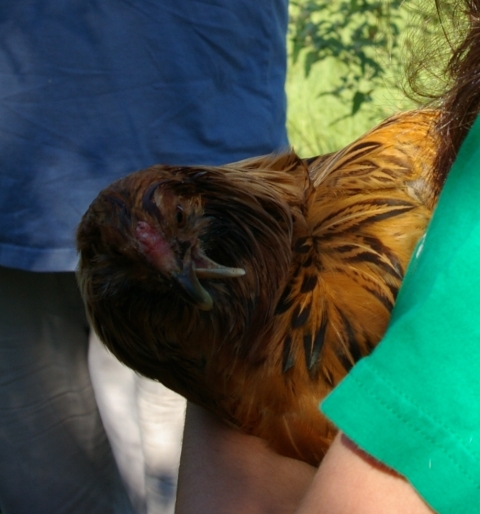 This poor girl is a survivor. She is much smaller than the rest of the Ameraucanas, she has had trouble getting enough food since she was a chick. When we got her, as a tiny chick, she had a broken beak. Carl has always been a bit of an outsider, and yet she is the most trusting chicken I have ever met. She caught on early, that my little girl was going to go out of her way to feed her. She would try to escape just so she could be with her, and, well, get fed. Carl is a bit of a pig, early deprivation and all.

Here she is flying up to me. 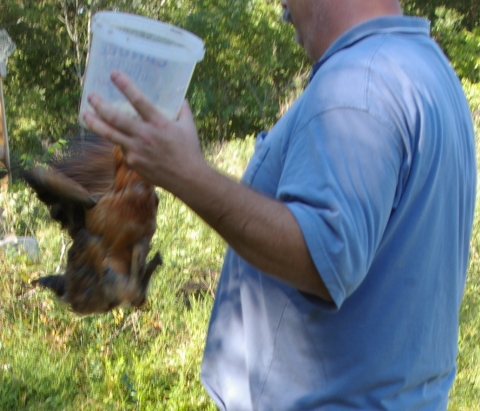 Here she is on my arm. 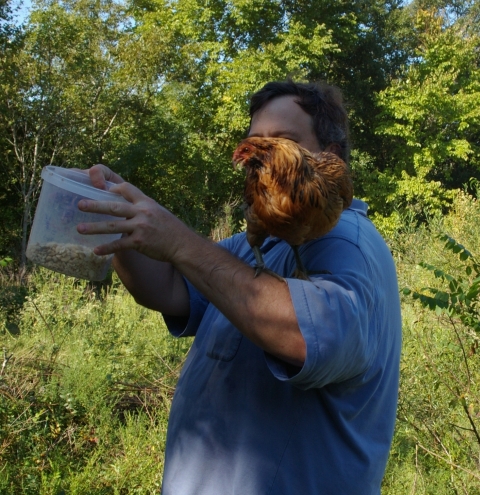 Here she is heading for the food. 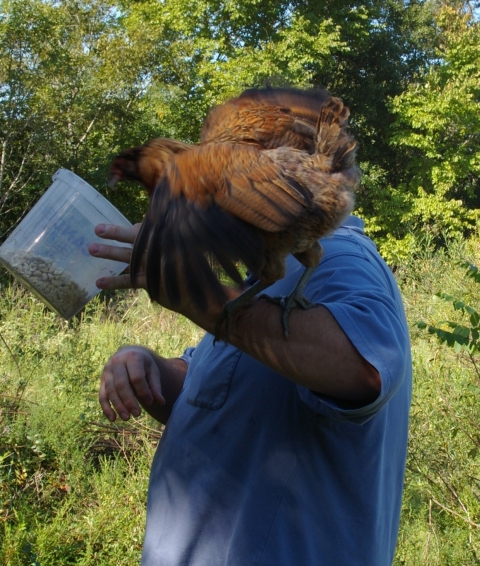 Here she is eating. 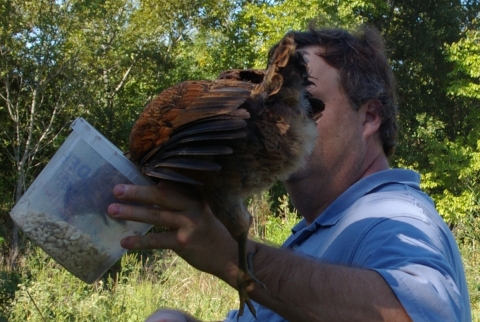 It may seem like Carl is a rather huge bird, but she is half the size of her sisters. 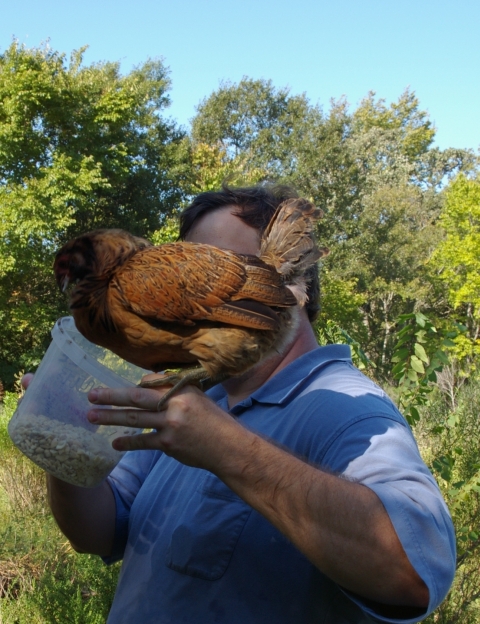 Carl then has to go back for food.

After Carl has pigged out enough, and perched enough, she takes off. 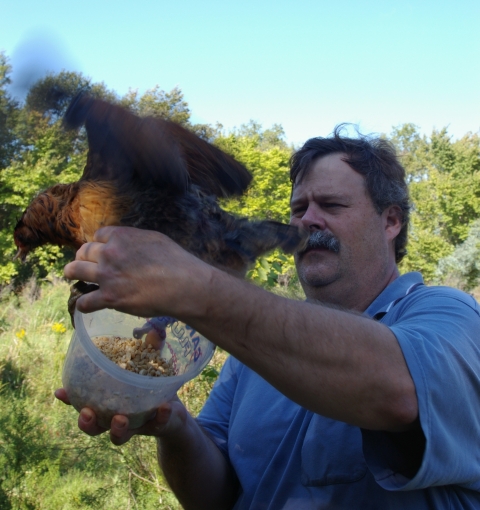 I did not teach Carl this trick. Carl came up with it all on her own. This was her way of not sharing her special bowl of food with the rest of the chickens. It didn’t last long, There are five other chickens that feel that it is perfectly within their rights to fly up on me. Fortunately they are very gentle and don’t dig in with their talons.