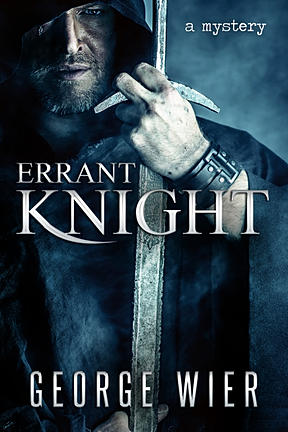 Errant Knight is a book I just read and reviewed on Amazon Kindle.
A tale set in the cruel dark streets of Austin Texas
Shelby Knight is an ex-policeman who made mistake with a gun and let everything in his life fall to ruin. Then things take a turn for the worse and he is not sure who he can trust.
George Weir builds a character that is solid. I felt his emotions and his pains.
This is a gritty tale of distress, distrust and determination set in the grim lonely streets of Austin Texas.
Would I read it again? Not just would I, I did!
This is a book by George Weir. who writes the Bill Travis Mysteries and quite a range of other books.  He is also very special to me.  He is my brother in laws best friend from way, way back.  I have know George since he was 12.  He is a thoughtful, kind and humorous fellow.  Many a time we have fought together against dreadful foes.  But that is another story entirely.